was initiated by Aisha Ronniger in 2006 and ran till 2010. The idea began when I was talking to a friend about a media debate that was aiming to equate the prosecution of public postering and doing graffiti, Aisha explains. We were saying there must be other ways of bringing art to the public – not so much out of fear of possible punishment, but the desire to try out new things.

A friend had spent two years in New York and said: You should simply throw the art at people‘s feet and shops, just like the paperboys in the US do; like you know it from the movies! The idea of throwing art to passerby in the style of US paperboys was irritating to many friends. These strangers might not even want the art! To others, who were used to working in the public space and doing Street Art, didn’t  question it at all.

There is this utopian moment in Papergirl, which makes the project fascinating! On the one hand there is a lot to see and touch during the exhibition, on the other hand, you can´t buy it. It‘s all about luck and chance, as you will never know who will receive the art in the end. But once you´ve been giving your art in the ride to strangers in the streets, you know the satisfaction and the fun of it and it‘s most fun when you don’t expect anything in return!“
You can find out more about Papergirl-Berlin (in German) here 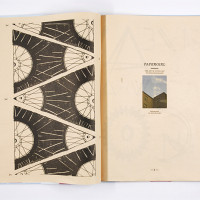 Papergirl-Berlin took place once a year and for five years and steadily grew throughout. „The first two years I more or less organized Papergirl alone, with the exception of punctual help from some friends and mainly that of my boyfriend. It was very low budget and came all from my pocket.

At the barbecue following the distribution of Papergirl #3, I was so exhausted that I announced: “This was the last time … unless someone helps me!” This is when Anne and Katharina joined me to form a team. Together we found more team members, applied for funding and sponsoring and received more and more submissions. We got more than 400 contributors in our fifth year.

Thanks to Anne’s efforts with press and blogging, we got more media attention. Suddenly, we were asked by other parties whether they could start a Papergirl project as well. Of course we said YES, but we worried at the same time we worried that the project might loose its principals when we give it out to the hands of others. How can you claim ownership of a project whose main aim is to give rather than to possess. We decided to make Papergirl an open-source-project – which can thus live on and take place in many parts of the world. That’s why we created this network page! 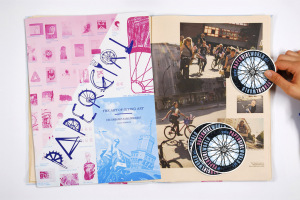 For the fifth anniversary of Papergirl-Berlin (in 2010) Aisha Ronniger published a magazine containing about 90 pages: 6 essays, 8 artist portraits, documentation and a manual. It is a limited edition of 1000 hand-assembled pieces in German and English which you can order here

PAPERGIRL #3 plus Interview from Papergirl on Vimeo.

PAPERGIRL #1 from Papergirl on Vimeo.

PAPERGIRL #2 from Papergirl on Vimeo.

PAPERGIRL #4 from Papergirl on Vimeo.

PAPERGIRL #5 from Papergirl on Vimeo.